From 2002, the Foundation’s primary focus had been on terrestrial conservation. But Directors were also conscious of threats to Australia’s marine biodiversity, and a year-long review in 2012 convinced us that our marine species were facing unprecedented pressure, including from:

UNESCOs’ World Heritage Committee is so concerned for coastal development decisions in Queensland that unless its recommendations for remedy and protection are satisfied by mid-2015 it will declare the Great Barrier Reef a World Heritage site in danger.

Fight for the Reef

Conscious that few Australians were aware of the emerging threats to its marine icon, and one of its best known environmental symbols, we encouraged the World Wide Fund for Nature (WWF) and the Australian Marine Conservation Society (AMCS) to form a coalition and establish the “Fight For The Reef” campaign (www.fightforthereef.org.au). The campaign is supported by the Environmental Defenders’ Office (Queensland).

This is the first advocacy program funded by the Foundation, marking a significant shift from our past science-based grants programs in terrestrial conservation. Significant progress has been made, particularly in Queensland, and we have committed to its support until end 2014- 2015.

The Foundation sees this campaign as material to Australia’s broader marine protection efforts, with public confidence in marine parks and their management depending on the campaign’s outcome.

The coalition has successfully encouraged other NGOs with similar concerns about coastal developments and impacts on the Great Barrier Reef to embrace ‘collective impact’ strategies with common objectives – a shared purpose not often achieved across eNGOs.

One of the Foundation’s first marine conservation projects was to help the Centre for Policy Development to increase its capacity to critique Governments’ marine park proposals. The Centre’s report, “Stocking Up”, was the first attempt to assess the true economic value of Australia’s marine environment. It generated significant interest from policymakers and the media.

Foundation chairman David Thomas joined 24 other prominent Queenslanders in urging the Prime Minister to extend the proposed Coral Sea marine park to include all of the area’s coral reefs.

Now the Foundation is concerned at the current review (mid-2014) of boundaries and regulations of the marine protected areas declared in 2013. The 33 new designations expanded the number of Australia’s MPAs from 27 to 60, taking total coverage to about 3m sq kms, including the 1m sq km Coral Sea Marine Reserve about half of which is intended to be a no-take zone.

Legal advice and expertise is integral to the Fight For the Reef campaign. For the third year in 2014/15, the Foundation funded a solicitor in the EDO’s office providing direct advice to the campaign’s management team.

To encourage the EDO to broaden its income base, the Foundation joined two other philanthropists in offering challenge grants of $37,500 each to the EDO. The EDO’s challenge was to secure a matching funder, and it was successful. 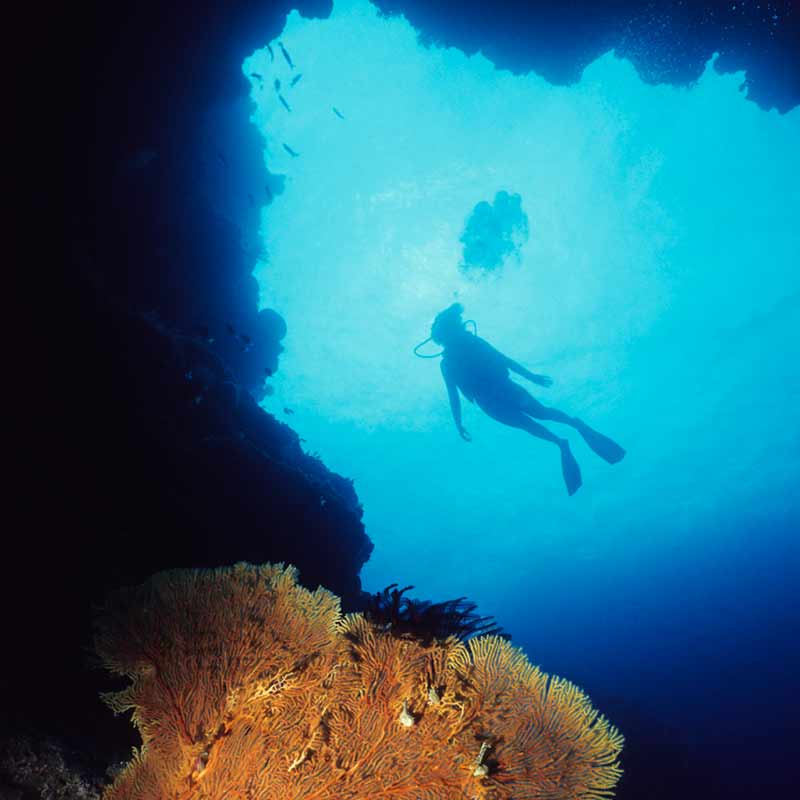 As is often said, more is known about the far side of the moon than about our ocean. Until recently, the ocean was regarded as an infinitely rich resource able to absorb ever-increasing amounts of pollution. The Foundation accepts that most of the threats to our oceans have grown out of ignorance. Now, however, knowledge is expanding and attitudes changing. Global depletion of fish stocks is widely acknowledged. Ocean pollution is increasingly evident and causing concern. Coastal degradation is readily apparent and the source of increasing anxiety for residents and business operators.