“Human health depends to a larger extent than we might imagine on the health of other species and on the healthy functioning of the eco-system.”
– Koffi Annan, former Secretary-General of the United Nations

One such loss was the Southern Gastric Brooding Frog (Rheobatrachus), discovered in southeastern Australia in the 1980s. It’s now thought that this frog’s unique stomach gestation process might have yielded a cure for peptic ulcers – a painful medical condition affecting millions of people in Western societies. We’ll never know. The frog was allowed to go extinct.

“We are dangerously vulnerable to what I call the ‘North Africa’ effect. For a long time the environments of many North African nations have been mis-managed and the productive capacity is now a fraction of what it once was. The same situation could easily occur in the large parts of Australia that have a similar Mediterranean climate”
– Dr David Lindenmayer, Professor of Ecology and Conservation Science at the Australian National University

The case of the Gastric Breeding Frog highlighted problems with how endangered species are monitored. To address these problems, the Thomas Foundation supported a major workshop on Biodiversity Monitoring at the Australian National University in 2011.

Promoted by Professor David Lindenmayer, the workshop’s objective was to ensure that long-term monitoring is built in to the strategic plans for all conservation projects. It was a resounding success, triggering new thinking on the values of monitoring for more cost-effective environment management.

As a result of the workshop, a paper was prepared on the re-design of monitoring programs to employ Adaptive Monitoring. It advocates well-defined and pre-determined trigger points for instigating management interventions to prevent the well-known problem of “monitoring species to extinction”. Professor Lindenmayer says,

“There have been more than 25 such published cases of extinctions in the past decade.” 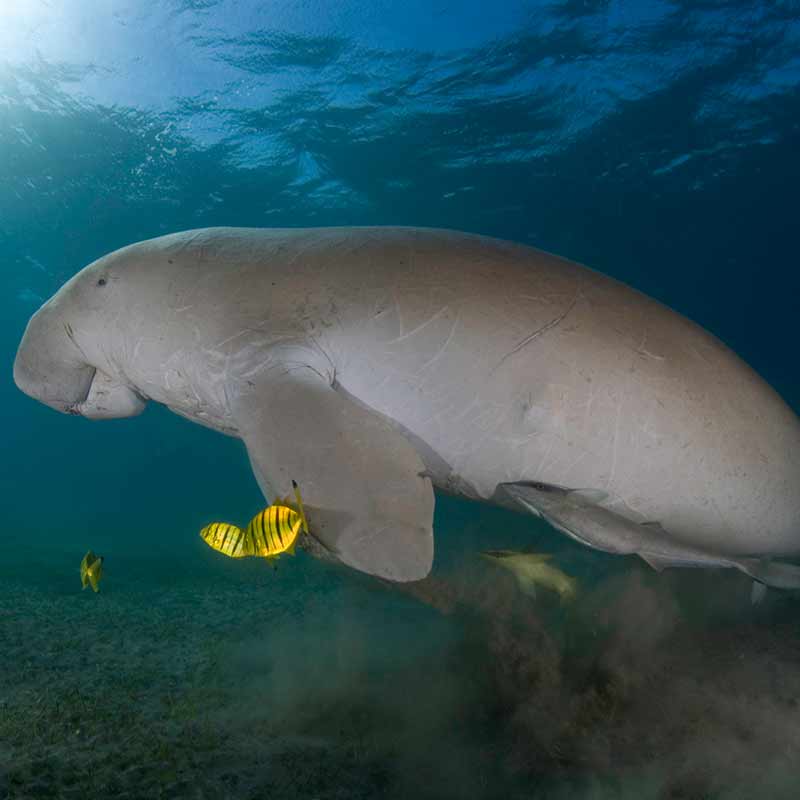 Dugong – one of Queensland’s most threatened marine species