It is one of 17 countries that together account for less than 10 per cent of global surface, but support 70 per cent of known species. Known as “mega-diverse”, these are the strategic areas in the global fight to preserve biodiversity.

Australia has the world’s greatest species diversity, with more than 1300 unique mammals, birds, reptiles and amphibians. That’s around 500 more than the Indonesian archipelago, ranked number two.

Other examples of Australia’s biodiversity include our range of parrots, our distinctive mammals and our many and varied reptiles. Australia’s rare amphibians include nine out of ten species found nowhere else.

Australia also has one of the most diverse ranges of marine life.
The Great Barrier Reef has 1300 crustacea, between 1500 and 2000 fish species, and a largely unknown number of corals. About 10 per cent are endemic to the Reef (ie occurring only there and nowhere else in the world).

Southern Australian waters hold the greatest portion of Australia’s endemic species.
Some 85 per cent of fish, 90 per cent of echinoderms (worms) and 95 per cent of molluscs are endemic. In 2006 a six-month CSIRO exploration voyage to seamounts 100nm off the Tasmania coast found 274 species new to science.

Australia is also the world’s least densely populated nation.
This means a co-operative co-existence of people and wildlife should be readily achievable. Yet the number of species lost in 220 years of European settlement is appalling.

Since the 1600s nearly 80 mammals have gone extinct worldwide.
More than 20 happened in Australia following European settlement. The future is even more dismal. In Australia 88 mammal species and 107 bird species are vulnerable to extinction, some critically. 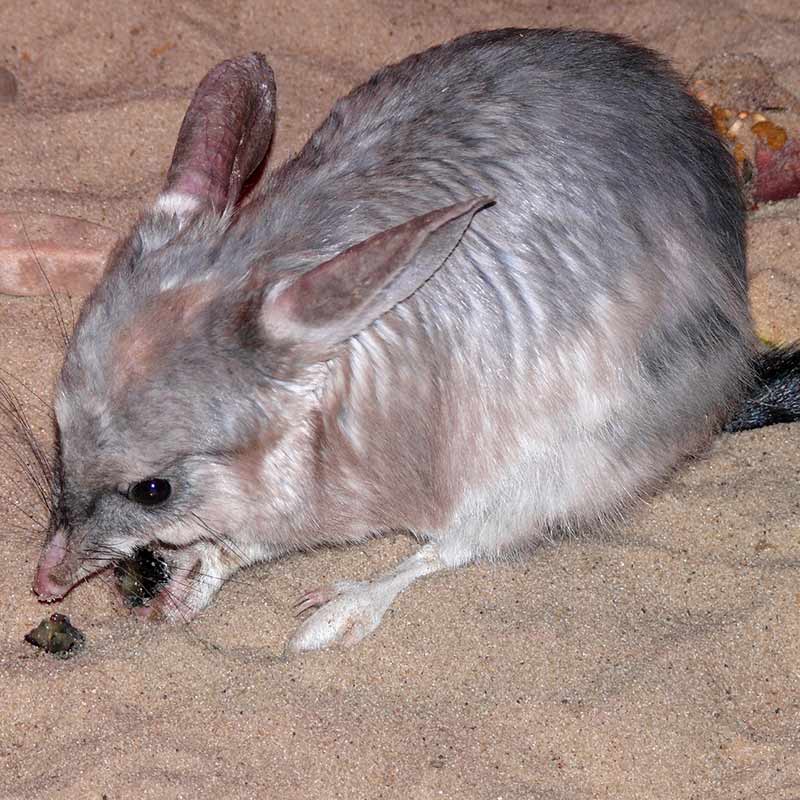 Bilby – one of the 88 mammal species vulnerable to extinction
Photographer: Simon Ward